A Night with the Chicago Skirmish Wargames!

So on the 22nd of last month, I had the opportunity to head out to Greenfire Games in Oak Lawn, IL and roll some dice with the guys from Chicago Skirmish Wargames!

While the drive was a bit long from my humble domicile, it was well worth the commute. My first impression of Greenfire Games was at how clean and well lit it was. The bathroom was even spotless! Everybody was super nice and they had a nice set of gaming tables set up as well as a really cool hobby area in a corner. Another cool feature about Greenfire, is they’re not afraid to embrace technology; namely offering 3D printing as service to their customers as well as doing live streams on YouTube. Sadly they were having some issues with their printers, but I did offer some suggestions to try to get them back up and running. My game of Shadow War: Armageddon was live streamed that night and is available on their YouTube channel.

Speaking of Shadow War: Armageddon, this was my first playthrough of Game Workshop’s Warhammer 40K based skirmish game—I can’t wait to play again! My awesome opponent was Karl from Chicago Skirmish Wargames, and a better teacher/co-learner couldn’t be had; we shared similar views regarding rules and choosing fun over strict tactical decisions to win.

That all being said, the best part of the game was Karl’s terrain. HOLY. SCHNIKES.
Word’s can’t justify it. So I won’t even try… But there will be pictures down below!

If you’d like to read a batrep of our game, you can here.

Finally, I left a bunch of printed terrain for both the store and the Chicago Skirmish guys as small thanks for being such great hosts,  Tim with the CSW took a set of my basic objective markers and made them look fantastic! Take a  Look for yourself!

It’ll probably be a couple more weeks, but I can’t wait to head back down and throw some dice with these folks! If you get a chance, I heartily recommend down to Oaklawn and visiting,  you won’t be disappointed! 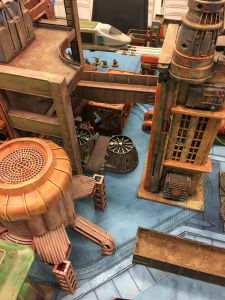 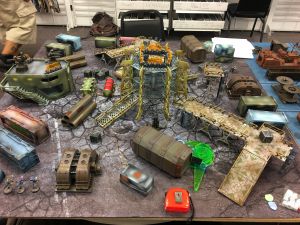 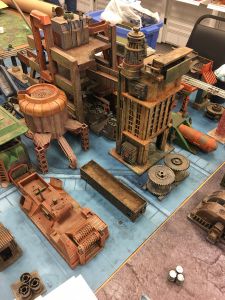 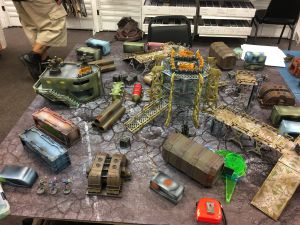 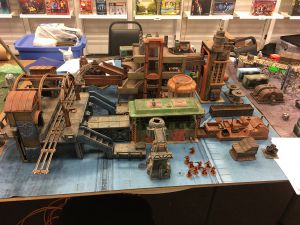 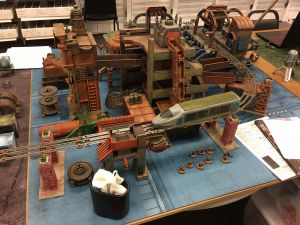 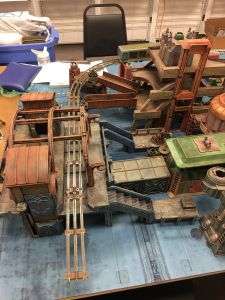 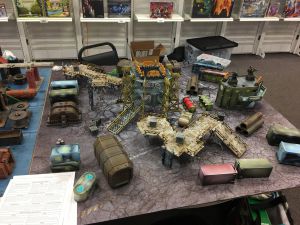