A lot of my work is done on a Formlabs Form 2 SLA printer, which is a fantastic machine for doing highly detailed prints. With a Z (or height) resolution of .025mm (25 microns) and an X-Y resolution of around .15mm (150 microns), it’s capable of truly astonishing prints.

The short version is that SLA (and DLP, too) printers use a liquid resin that hardens when exposed to a specific wavelength light (usually in the 405nm range). So a laser or digitally projected image is shot or projected on the resin causing it to harden.

After the print is complete, the prints have to be washed off to remove the excess resin is isopropyl alcohol (IPA) and the supports (though they look just like sprue) have to be removed.

One trick to make the support material easier to remove is the let the print sit longer in the IPA. Form recommends something like agitating the print in IPA for a few minutes and then removing it. I agitate it a few times and let it sit for an hour or two. This allows the supports to come off easy peasy with little effort. NOTE: If you have any thin areas on your print this will cause those to warp, so this trick won’t work on everything.

The resin used by the Form, and other similar 405nm wavelength UV curing resins is very different from the polyurethane resins you usually see in wargaming (like Forgeworld, Victoria Miniatures, etc).  First of all, it’s far, far more brittle, especially as it cures. Drilling and cutting can often result in the resin chipping like glass. That’s not to say you can’t drill or cut this stuff, but take it slow, WEAR EYE PROTECTION! (seriously, the resin chips and can go flying) and be prepared to do some extra clean-up of the drilling or cutting site. This also means dropping them may have adverse effects… Secondly, heat has little effect on it. So  trying the heat gun or dipping in boiling water isn’t going to get you very far in trying to repose it or fixing warpage (not that there will be much of that)

Clippers, fine-grit sand paper, and patience are going to be your best friends when working with this stuff. Clip the offending support or section away from the base of the object and use fine grit sandpaper to finish up.  To glue it, use your favorite CA (superglue) of choice or epoxy. As for painting, it’s always smart to give it a gentle wash with soap and water, let air dry and then3 throw a coat of thin primer on as normal and use your favorite paints.

These resins weren’t really designed to see a lot of use, they were designed to see an idea rapidly made physical in a highly detailed fashion. Then perhaps to be revised, before being produced in a more conventional manner or have that prototype cast in polyurethane resin for production  That said, with care, there is no reason they can’t be handled regularly, just be extra careful. 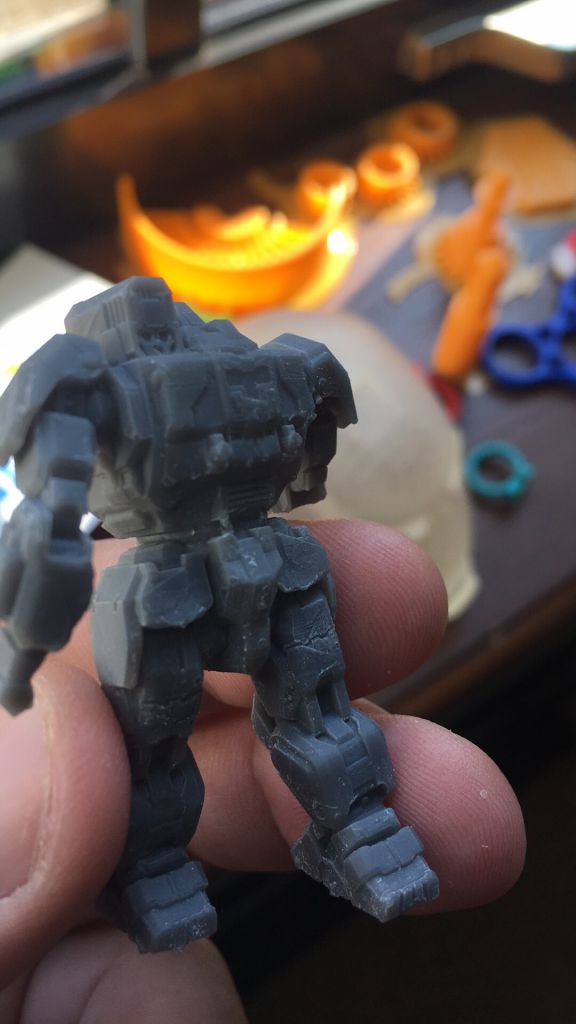 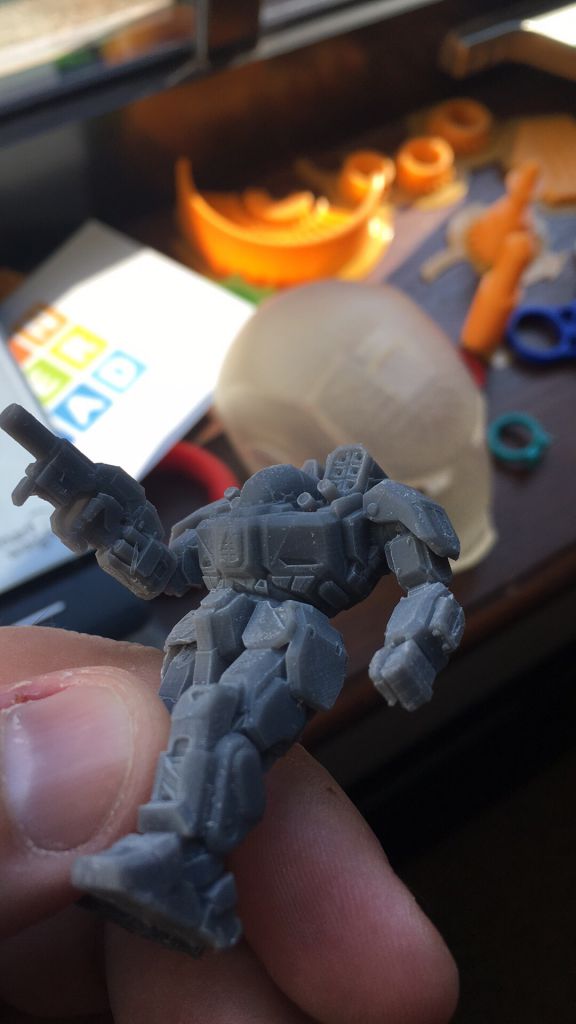 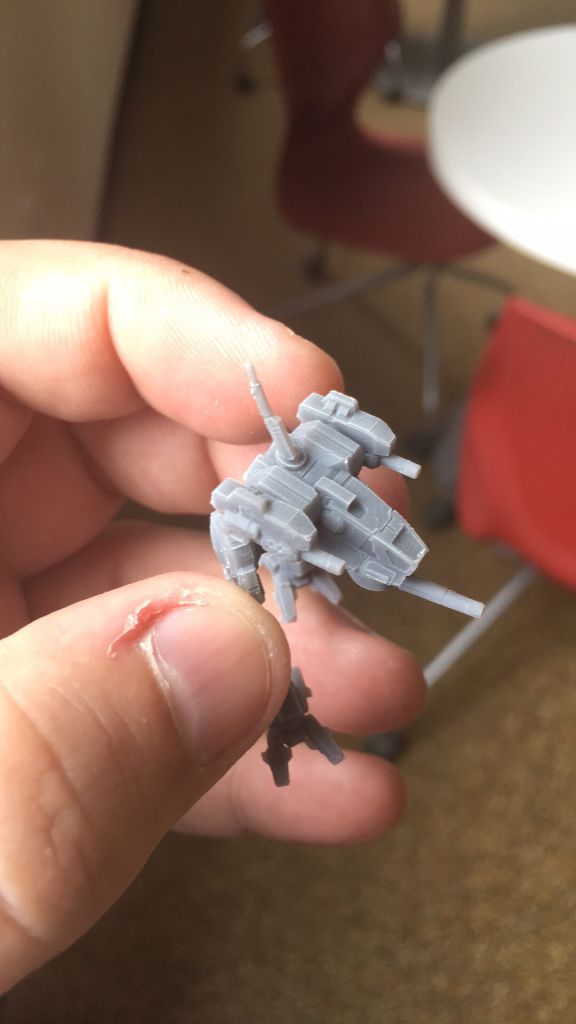