Ever since the announcement that Warhammer 40K  vehicles and characters were going to see a massive increase in their wound statistic, I’ve been trying to come up with a way to conveniently track them. I had no laser cutter at the time so tokens were out, and honestly, they’re kind of a pain to store and organize. Then I thought maybe a wound clock counter, but with the sheer variety of wound stats, it would have to be a very big clock, or you would need a variety of them.  I just couldn’t come up with anything I liked—either the game aid would be too complicated, or be too big and throw off the feel of the game table. Then, last week, I played my first game of Eighth Edition, and while my poor Russes were getting wound after wound, I kept having to adjust the wound dice, and make sure they weren’t in the way or getting knocked askew (spoiler: they got knocked askew). Frustrated, I kept that annoyance with the wound dice in the back of my head while I went about my week.  Then, while I was working on another project, I noticed that TinkerCAD has icosahedron (a d20) as part of its shape catalog. Inspiration struck, and I thought why not make a base that has a hole cut out for the dice? 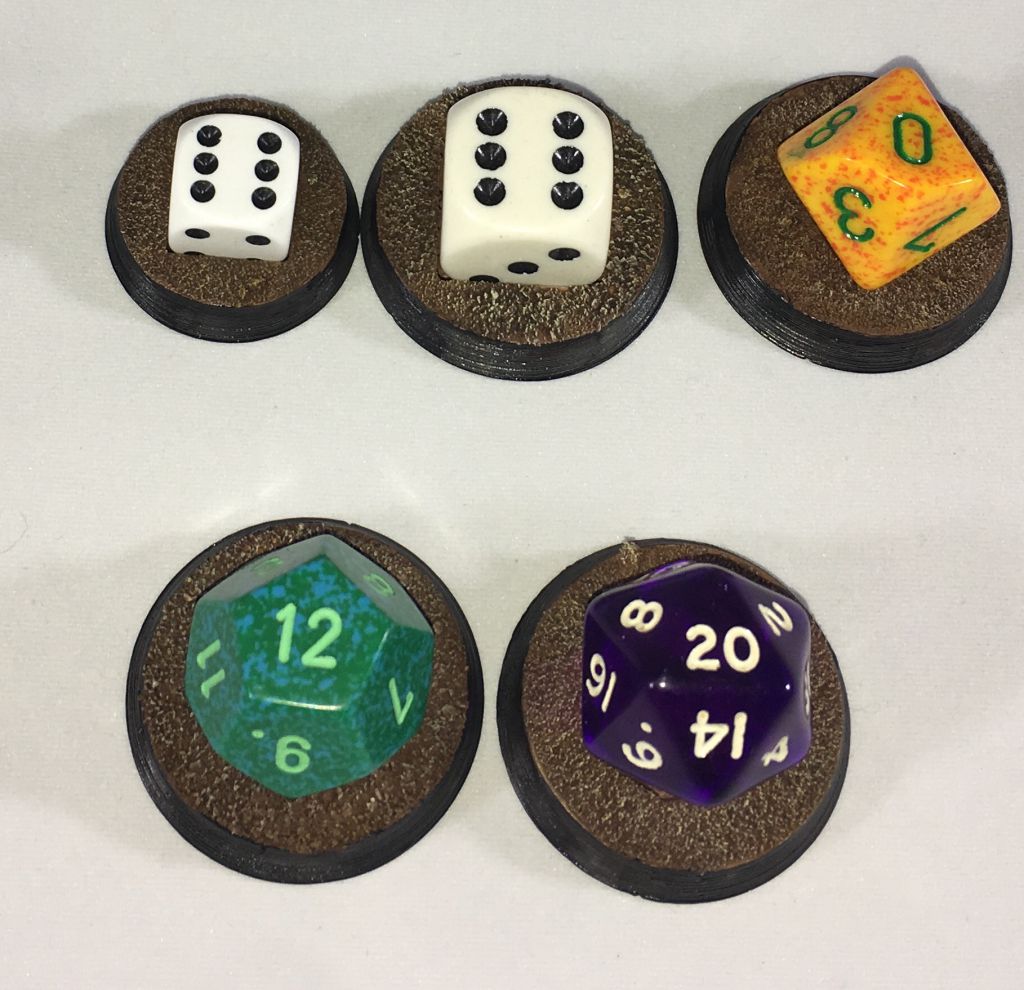 I used the 32mm base I already designed for my Thingiverse Objective Markers   and between a micrometer and TinkerCAD was able to get the rest of dice shapes—except for the d12. I did that up in Wings3D, but don’t worry, I put that up on Thingiverse too, right here!

I am selling these on my Etsy page for $14.oo for a set of 12, plus shipping and handling.

I will be doing ala carte and expansion sets, as well as doing the Wound Dice Holders on 40mm bases, to allow for you to do more cool stuff on the holder!

Click HERE to buy a set of Wound Dice Holders!